Ellen Nicholson Walker
Rural central Utah, United States
I am a horseman, teacher, writer, gardener, cook, wife, mother of two adult sons, and grandmother. I have had horses since I was twelve years old. I was fortunate to grow up with a mother who read to us every night, and then to have two sons to read to myself. I have taught all the grades from third through junior college, and currently teach on-line for Utah's Electronic High School. I still love children's and young adult literature. I have a BS in Elementary Education and English, and an M.Ed. in Secondary Education.

Until a couple generations ago, memorizing and reciting poetry was part of literacy.  Somehow, "memorize" became a bit of a dirty word in education, and focus on "basic skills" crowded out poetry along with the arts.  It's a loss.

My collection of poems (not particularly for young readers, though there is nothing offensive included) is now available on Amazon as either a paperback or eBook for Kindle:
http://www.amazon.com/Moving-Water-Ellen-Nicholson-Walker/dp/1508678154/ref=tmm_pap_title_0

The following link is to a reading of a classic poem by William Wordsworth ("I Wandered Lonely As A Cloud"), followed by one of the short poems from my book, a poem I titled originally with parenthesis because I expected to give it a "real" title later:  "(Wordsworth Had Daffodils)".

Next, eight short poems by Karla Kuskin, one of my favorite contemporary poets for children:
https://drive.google.com/file/d/0B2KcDoB9T_fJN2tnWTJqMlJyd1U/view?usp=sharing

And finally, the poem "Moon Song" by Mildred Plew Meigs (who died in 1944).  When I was a preschooler, my mother bought us The Golden Book of Poetry, edited by Jane Werner and illustrated by Gertrude Elliot.  The date my mother wrote into the front page is January 1958; the first copyright date listed was 1947.  Now the cover is taped together and the pages are fragile and yellowing.  I always loved the picture that went with this poem, and the sound of it:

…. as I have time, I'll add a few more poems during April.

Today, another old favorite: "The Dormouse and the Doctor" by A. A. Milne, from his book When We Were Very Young.  Younger children probably enjoy this mostly for the sound; as adults, we enjoy the irony. 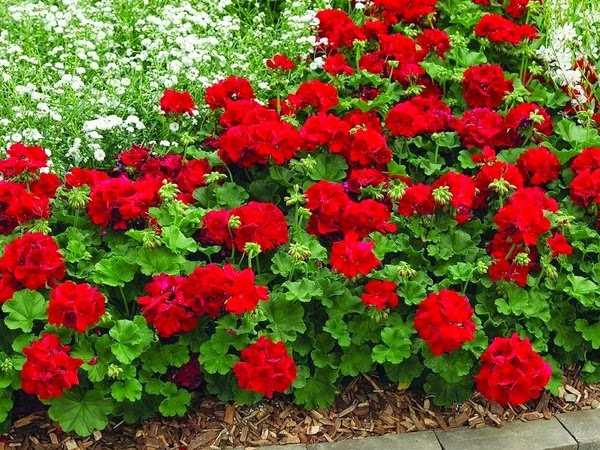 Posted by Ellen Nicholson Walker at 5:05 PM No comments:

A reading of The Superlative Horse, by Jean Merrill

On Facebook a few weeks ago, I saw a post listing the "best horse books of all time".  Among the titles it missed was this great (and mostly forgotten) longer picture book:
The Superlative Horse, by Jean Merrill, illustrated by Ronni Solbert.  I believe I originally acquired this book as a paperback from a school "book order" (probably Scholastic Books), in about third grade.  Eventually I bought a hardback, discarded from a library.  According to the copyright information, it was published in 1961.  The subtitle on the cover reads "A Tale of Ancient China", which I interpret to mean that it is probably a retelling of a folk tale. Although the pictures are not essential to enjoy the story, they are wonderful as well.

For my grandchildren, and anyone else who wants to listen, here is my reading of the classic story…
https://drive.google.com/file/d/0B2KcDoB9T_fJZGNrNnJlbzEyb3c/view?usp=sharing
Posted by Ellen Nicholson Walker at 4:41 PM No comments:

(This is a post I started on several years ago, but never published.)
Don't stop reading aloud to your children just because they are old enough to read to themselves!

ACT data show that fewer than two in ten eighth graders are on
target to be ready for college-level work by the time they graduate
from high school. This means that more than eight of ten eighth-grade
students do not have the knowledge and skills they need to enter high
school and succeed there. And not surprisingly, our research shows that
students who are not prepared for high school are less likely than other
students to be prepared for college and career by the time they graduate
from high school...
In recent years, there has been heightened awareness of the importance of
early childhood education and high school as intervention points in the
educational lives of America’s children. Less attention, it seems, has been
paid to the importance of the upper elementary grades and middle school
and the role they must play in the preparation of students for life after
high school. - from "The Forgotten Middle: Ensuring that All Students Are on Target for College and Career Readiness before High School", an ACT report. Full text available at http://www.act.org/research/policymakers/reports/ForgottenMiddle.html

The years between third grade and eighth grade are years your child should be soaking up information like a sponge (forgive the cliche!). Children should be reading independently, but they should also continue listening to you read aloud - often books that might be a stretch for them to read on their own. Ideally, children will re-read, on their own, books they have heard you read. This is NOT wasted time. Remember the research that found that the most effective way to improve reading fluency is to RE-READ.
Disasters - the human fascination with things gone wrong and nature's power begins early. When I started work on this post, my three-year-old nephew was into volcanoes. Of course you don't want to frighten children. Books are better than movies - you can stop to go over the most interesting or confusing parts, talk about it, edit it to make it suit the age or interests of the child, and you can always just close the book.

In no particular order, here are a few books about disasters, natural or otherwise. Check the nonfiction sections of your library or bookstore for more about natural or historical disasters.


Dear Katie, the Volcano Is a Girl, by Jean George, illustrated by Powers - a gentle argument between grandmother and granddaughter, as grandmother explains the geological processes that cause volcanoes to erupt, and the little girl counters with the Hawaiian myth of Pele. (Early elementary and up - picturebook)

Volcanoes and Earthquakes, by Rose (DK Eyewitness Books) - Lots of spectacular pictures and information, for elementary and up readers/listeners. The "Eyewitness" series has excellent books about other nature and science topics.

Jumanji, by Van Allsburg - the Caldecott winner with the adventure board game that turns out to be real - complete with lions, a volcanic eruption, and other unexpected occurences - when the kids don't read the directions first. (Kindergarten & up, picturebook)

The Village of Round and Square Houses, by Grifalconi - an African village, where the tradition of women living in round houses and men in square houses originated after the nearby volcano erupted. (Picturebook, early elementary and up)

Forces of Nature: The Awesome Power of Volcanoes, Earthquakes, and Tornadoes, by Grace - A National Geographic book, with the outstanding photography you would expect - this book covers the work of some scientists studying these forces of nature as well as the disasters themselves. (Middle elementary and up).

The Ballymara Flood: A Tale from Old Ireland by Stuart, Illustrated by Booth - a silly look at a town flooded when a bathtub runs over, told in verse (age 3-early elementary)

SOS Titanic by Bunting - historical fiction with a touch of romance - the main character is a 15-year-old boy, and we all know the main plot! (middle school up)

White Star: A Dog on the Titanic by Crisp - a dog story, AND a disaster! Sam is a 12-year-old doglover on the Titanic, and determined to save the dog he has befriended on the voyage. (fourth grade up)


Posted by Ellen Nicholson Walker at 2:20 PM No comments:

Millions of Cats… and thoughts on e-books

I've been neglecting this blog for years now, but I'm trying out a new idea.  Since my grandchildren don't live close enough for me to read to them - in person - regularly, I'm recording books for them, and this is the first one:  Wanda Gag's classic picture book, Millions of Cats.
I really would prefer to post it as an audio file, but apparently the expectation is that everyone does video - I don't find an option for plain audio.
https://www.youtube.com/watch?v=qGKy4UCivNQ

This year is also the 30th anniversary of a favorite book of mine - The Hero and the Crown - winning the Newbery Medal - may Robin Mckinley live forever and continue to publish more books!

I've (fairly recently) acquired a Kindle and begun reading more with it than with "regular" books.  In part, this is because my bookshelves have been full for years, and I have no more space for adding shelves… I also like the idea of conserving paper, and the slightly lower price of electronic books, and the ability to increase the print size as my eyes age.  There has been recent research on how reading on electronic screens affects our learning, and it has come down on the side of traditional books being more effective for learning.  No one is quite sure why yet - possibly something about turning the physical page activates another part of our brain (though that doesn't make a lot of sense to me since Kindle has made "turning the page" feel a lot like the act with a regular book).

One thing I do notice when reading on Kindle or iPad is that I don't have a sense of where I am in the story.  In a regular book, the thickness of the pages I've already read, vs. the ones still to come, remind me constantly of how close I am to the end of the story.  Yes, I can look at the percentage on the bottom of my screen, but that isn't the automatic feedback I get from holding the physical pages.

I do still firmly prefer picture books in the traditional form, not shrunk down on a screen, and the open book is better for sharing with a child sitting beside me.  I gave my grandsons a physical copy of Millions of Cats to look at while they listen to me reading the story.
Posted by Ellen Nicholson Walker at 2:13 PM No comments: